An Examination of Merger Success Factors

in the Australian Not-for-Profit Aged and Community Care Sector

The major part of this article was drawn from the Masters in Business Research (with Honours) research dissertation of Indra Arunachalam, University of New England (2012).

On the 20th of April 2012, the government announced its intend to deliver greater choice and better care to older Australians by unveiling a major aged care reform package. The Living Longer, Living Better Plan was in response to key issues, such as, the changing expectations and longer life expectancy of an ageing population, the expected increase in aged care costs and future workforce shortages. These public policy changes will create a new paradigm that will radically change how the sector operates in the future. In the international corporate and health sectors, industry restructure through mergers was identified as one way for a sector to adapt to such industry shocks.

An assessment of the national profile of the aged and community care sector, using Department of Health and Ageing data, confirmed that the sector is undergoing consolidation in the face of significant growth. Figure 1 shows that there has been a 34% increase in the number of operational services/outlets from 2003 to 2011.

An appraisal of mergers motives in the not-for-profit aged and community care providers in NSW and ACT suggests that the sector engages in mergers in order to reinvest the financial benefits, derived from amalgamations, into strategically positioning themselves to deliver better client outcomes in the new paradigm. In-depth interviews with industry CEOs established that the key issues facing the sector are closely linked to the factors driving merger activities in the sector. The study found that people management and cultural compatibility were crucial for successful merger outcomes. The corporate, health and aged and community care sectors recognized that post merger integration is essential to realise the anticipated mergers benefits.
Evaluation of this research findings has resulted in the development of a model to capture the WHY, WHAT and HOW of a successful merger, as illustrated in Figure 4.

In the new paradigm of aged and community care, key issues such as changing client expectations, an ageing population and longer life expectancy are forcing the redesign of public policy through the aged care reforms. This is WHY mergers are occurring. The reforms are intended to deliver affordable choice to older Australians. These are external environmental factors of which the industry players do not have total control over. The green platform portrays the external environmental forces of changing client expectations driving the public policy changes.

An examination of WHAT drives mergers in the sector showed that organisations engaged in merger activities in order to achieve financial sustainability and position themselves strategically so that they can respond to the industry shock of the looming aged care reforms. Mergers are being considered as organisational strategies in response to the external forces of changing client expectations and public policy changes. The CEOs believed that any financial dividend from mergers could be reinvested to strategically position their organisations to deliver better client outcomes such as ageing at home, continuum of care and long-term sustainability of service delivery. The blue platform illustrates the balance between internal governance and financial management activities of the not-for-profit aged and community care organisations. A successful merger would place the organisation on sound financial footing and with strategic advantage to respond and adapt to these external forces.

Finally, on the red platform, we have the internal human relationships of people, power and politics as well as cultural change that can either make or break the realization of the merger benefits. This is HOW mergers can be successful. The exploration of merger challenges and merger success factors identified that the control of power and politics through people management and cultural alignment was critical to achieve a successful merger. This change management could be accomplished though a post-merger integration plan to drive the realization of the expected merger benefits. The mere completion of task-related activities such as financial and legal due diligence investigations, strategic planning and financial modelling would not ensure successful outcomes. Poor management of cultural change, power and politics can result in a disastrous merger.

Industry leaders and boards need to come to terms with the external challenges and opportunities that the new paradigm will present. Those who manage the risks well, by adopting these three critical merger success strategies, will have a much greater chance of prospering as a preferred approved provider in the brave new world. 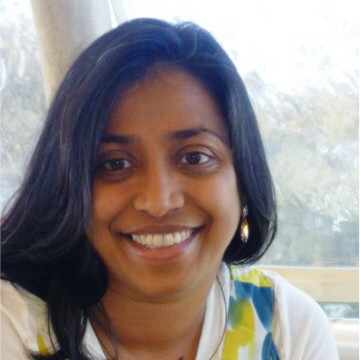 Indra is the Chief Operating Officer at integratedliving Australia; a community business delivering community care services in regional NSW and Queensland. She is a CPA with over 15 years’ senior management experience in the aged care sector and has undertaken research on mergers in the sector at the University of New England.