The Gardener or the Lawyer? Who to Call First When Making Governance Change in NFPs

Not-for-profit governance is awash with change in Australia. Some organisations are moving from being incorporated associations under state law to Companies Limited by Guarantee under the Commonwealth’s Corporations Act. Others are replacing representative boards with skills-based boards. And still others are investigating ways of replacing old federated structures with new national ones. As any lawyer can explain, these changes are all relatively easy to make from a structural point of view. However, without proper consultation, many of these proposals will fail. If your organisation is considering making some changes to its governance system, you might want to think first about the consultation process you will use to get your proposed changes embraced by the membership and approved at the next Annual General Meeting.

Getting majority support for governance change is not that hard but many boards do not even try. For an alarming number of not-for-profits, the only strategy is to hope that no one will notice. Or, to bet that the technical changes will be seen as technical and that they will not have much impact. However, that view, aside from being overly optimistic, also underestimates the impact even slight governance changes can have on a not-for-profit organisation.

While shareholders in a for-profit company, might be relied upon to vote for any change that will result in greater profits (or lower costs), the members who ‘own’ not-for-profit organisations might use a more complicated calculus. Members care about many and varied issues inside not-for-profits. Late in his long career, management guru Peter Drucker turned his attention to the third sector, writing that the focus on ‘mission’, not profits, is what makes not-for-profit organisations different from their profit-making counterparts (and, might I add, infinitely more interesting). So, following Drucker’s logic, wouldn’t it be prudent to consider the impact that proposed changes might have on the mission of the organisation and the members who are so devoted to achieving it?

For example, an ‘independent chair’ might sound like an innocuous and sensible recommendation to bring order and discipline to board meetings but what impact will it have on the strategic direction of the organisation? Will a ‘stranger’ have the passion that is needed to push the board to confront challenges and seize opportunities? An ‘advisory council’ might be put forward as an alternative way of getting input from a wide array of stakeholders other than through board meetings, but what impact will it have on the interests that were historically represented on the board? Will an important group be left without a voice? A ‘nominating committee’ might be recommended as a way of up-skilling a board, but does it weaken the democratic power of the membership? In not-for-profit organisations, governance is about much more than making money.

Not-for-profit boards and managers need to attend to more than the technical aspects of governance, they need to also ensure that the human dimension of governance change is factored into their proposals. They need to be able to say with certainty that they have sounded out the grassroots, the members, about the proposed change to ensure that it aligns with the members’ interests. They need to call in the gardeners before they call in the lawyers.

The Japanese have a word for it – Nemawashi. It is a term plucked from the lexicon of Japanese gardening and applied to management theory. Nemawashi literally means, ‘to loosen the roots’. In political terms we might talk about the need to consult the ‘grassroots’. In management terms, we might talk about the need to engage with ‘stakeholders’. Regardless of the language, the process of consulting with those who may be potentially affected by a change before it is accepted is an important part of making change. When it is conducted properly, Nemawashi can give a board the confidence it needs to pursue change because it knows in advance that it will be accepted throughout the organisation.

While consultation is important, how the consultation is framed can also determine whether a proposed change passes or fails. Imagine the reaction you might receive if you asked members to participate in interviews or complete online surveys about the arcane issues of ‘representation’ or ‘accountability’. I think it is safe to predict that the level of enthusiasm would be low. However, if you asked members to participate in a discussion about the renewal of the organisation to ensure that it is still ‘fit-for-purpose’ to achieve its mission, the reaction might be much more enthusiastic. And, by addressing the issue more holistically you might discover that there are other technical governance arrangements that should be considered at the same time.

Finally, making the right connections between what members and stakeholders say the problem is and the technical solutions proposed is a key step along the journey toward successful change-making. Since most people do not engage with the technical details of governance arrangements that often, we need to take care to not assume that people will see the connection between the need for reform and the specific details proposed. We need to take the time to explain the practical impact these changes will have on the members and their organisation’s mission. Most important of all, we should not assume that people with private sector corporate governance experience will get it right. Chances are, they will make the mistake of treating members like shareholders and overlook the inherent and unique complexities of making change within not-for-profit organisations.

So, the next time your board considers making a change to your not-for-profit’s governance arrangements, you might consider calling in the gardeners before the lawyers, framing the issues in terms of their impact on members and mission and educating stakeholders on their practical application. By tending to the grassroots first, you will ensure that your organisation continues to grow and thrive after your changes have been implemented. 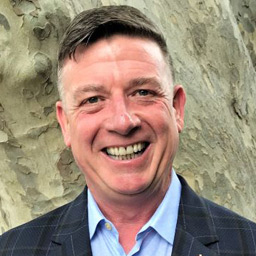 Randall Pearce ACC, Associate Certified Coach.
Randall Pearce is one of Australia’s foremost experts in not-for-profit management. As the managing director of THINK: Insight & Advice, Randall has worked to maximise the performance and governance of some of the nation’s top peak bodies, associations, NGOs and government agencies. Prior to founding THINK in 2007, he served as the CEO of a large professional association. As a consultant, Randall works exclusively with boards and has served as the chair of a charity himself, giving him direct insights into the unique challenges faced by board chairs. He has presented at several Better Boards conferences, facilitated webinars, and contributed to the Better Boards newsletter.