Please note: An updated version of this article that discusses the final version of the Ruling issued on 25 February 2015 as TR 2015/1 Income Tax: special conditions for various entities whose ordinary and statutory income is exempt is now available. Read the updated version.

In June 2013 the then Labor Federal Government amended the Income Tax Assessment Act 1997 (“the Tax Act”) to introduce two additional tests which NFPs need to satisfy for income tax exemption. Many advisers were concerned about the wording of the additional tests and the potential interpretation by the Australian Taxation Office (“ATO”) to adversely impact on NFPs. The ATO produced a draft taxation ruling TR2014/D5 “Income Tax: special conditions for various entities whose ordinary or statutory income is exempt” on 13 August 2014 inviting comment by 26 August 2014 (“the Draft Ruling”). The final version of the Draft Ruling is yet to issue. The Draft Ruling seeks to provide the ATO’s interpretation of the two additional tests.

This article seeks to alert NFPs to the two additional tests and to consider risk management strategies in protecting income tax exempt status.

The amendments to the Tax Act introducing the two additional tests were made with little fanfare and even less consultation. The amending legislation was known as the Tax Laws Amendment (2013 Measures No.2) Act and carried on the title page “An Act to amend the law relating to taxation and the Tax Agent Services Act 2009 and other purposes.”

Schedule 11 of the amending legislation was headed “Miscellaneous amendments” and introduced many amendments to the Tax Act including the two additional tests. It was not a high point in government transparency. However, of greater concern to many NFP advisers was the potential for the two additional tests to be interpreted narrowly and therefore to the detriment of NFP entities. The explanatory memorandum to the amending legislation and the Draft Ruling do not carry any clear reasoning for the purported mischief that was sought to be cured.

The Productivity Commission’s 2010 research report: “Contribution of the Not-for-profit Sector” estimates that there are approximately 600,000 NFPs in Australia. Not all qualify for income tax exempt status. The Australian Charities and Not-for-profit Commission (ACNC) notes that nearly 60,000 are registered charities. These represent a lot of organisations that were not consulted.

To briefly recap, the Tax Act prescribes that all the ordinary or statutory income of certain entities will be exempt from income tax if the applicable special conditions to each respective entity are satisfied. The Draft Ruling applies to a broad range of NFPs including registered charities; scientific institutions; public education institutions; funds established to enable scientific research to be conducted by or in conjunction with a public university or public hospital; societies, associations or clubs established for the encouragement of science or community service (except political and lobbying services); employee or employer associations; trade unions; public hospitals or hospitals carried on by societies or associations and societies; and associations or clubs established for the encouragement of animal racing, art, a game or sport, literature, music or musical purposes.

Each of the foregoing entities fall under certain items in the tables contained in Division 50 of the Tax Act and must satisfy the special conditions applicable to the relevant item in order for its ordinary and statutory income to be exempt from income tax. However, each entity must now also satisfy the two additional tests. The range of entities covered is broad and the application of the other tests for exemption may differ on the type of organisation.

The Draft Ruling explains that the substantive rules are those which “define the rights and duties of the entity”, such as those that give effect to the object or purposes of the entity, relate to non-profit status, winding up and maintenance of financial records. The Draft Ruling states: “in order for an entity to be exempt from income tax for all of the income year it must (among other things) satisfy the Governing Rules Condition at all times during the income year”.

These are to be contrasted to procedural rules “by which those rights and duties are applied and enforced”. The Draft Ruling provides examples of procedural breaches including non-compliance with liquor licensing laws by failing to obtain an appropriate liquor licence for a fundraising function, rules requiring approval for certain expenditure and rules relating to the notice of meetings. A failure to meet such procedural requirements will not result in a breach of the Governing Rules Condition. However, the precise distinction between a substantive rule and a procedural rule in some cases will not be clear and it is hoped that the ATO can offer greater clarity on its views.

2. The Income and Assets Condition

The Income and Assets Condition requires an entity to “apply its income solely for the purpose for which the entity is established”.

The Draft Ruling acknowledges that many of the entities in division 50 of the Tax Act are established for more than one purpose and notes that “the process of ascertaining the purpose for which the entity is established is different for a fund than for the other types of entity to which the income and assets condition applies”.

The ATO view is that a fund’s purpose “is ascertained by considering the constituent document of the fund (primarily the instrument of trust or the will) and any relevant legislation”. Whereas, for entities other than funds “the relevant purpose is determined primarily by reference to the entity’s constituent documents, but also by consideration of the activities of the entity after its formation…”

It is important to understand that the ATO interpretation of purpose and the extent of ancillary or secondary purposes differs for charities to that of other items such as NFP sporting clubs. For charities, the ATO has a very restricted scope for ancillary purposes. In the writer’s view this issue still requires a final determination by the High Court of Australia. In Word Investments (Federal Commissioner of Taxation v Word Investments [2008] HCA 55) the High Court did not resolve the issue, as it did not need to do so.

However, for NFP sporting clubs, the full Federal Court in Cronulla Southerland Leagues Club Ltd v Federal Commissioner of Taxation (1990) 23 FCR 82, determined that an entity only required to have sport as its main purpose and that it may have secondary or subordinate independent purposes. We understand that the ATO applies the same approach to other societies, associations and clubs in section 50-45 that it does to sporting clubs.

For charities, the ACNC Governance Standards (particularly Governance Standard 1) require compliance and that charities should now have risk management processes in place to consider the new tests and have availed themselves generally of checklists from the ACNC website.

The Draft Ruling does acknowledge that an entity can accumulate funds provided that it can establish that the accumulation is consistent with its purpose.

The Draft Ruling acknowledges that the Income and Assets Condition will be satisfied notwithstanding a one off application of an “insignificant amount” to another purpose. It further notes that “in order for an entity to be exempt from income tax for all of the year, it must (among other things) satisfy the income and assets condition at all times during that year”. There are some administrative concessions that the ATO may make.

In short, the Draft Ruling seeks to synthesise coherently the two additional tests for income tax exempt status across a broad but disparate group of entities with sometimes conflicting law applying. In these circumstances we consider that the authors of the Draft Ruling have done a commendable job.

For charities, the ACNC Governance Standards (particularly Governance Standard 1) require compliance and that charities should now have risk management processes in place to consider the new tests and have availed themselves generally of checklists from the ACNC website.

The Draft Ruling notes that there may be a potential overlap between ATO income tax administration and ACNC governance standards administration for charities. Where a charity does not meet the Income and Asset Condition “it will not be entitled to income tax exemption”. The Draft Ruling further states: “The circumstances that gave rise to the failure of the Income and Assets Condition may also have consequences under the governance standards of the ACNC”.

For non-charity NFPs eligible for income tax exempt status we accept the ATO’s recommendation, that status be reviewed annually and documented, as good practice. In relation to the two additional tests, we suggest the following:-

We understand from the ATO that the Final Ruling is due for issue on 25 February 2015 with more examples and a clearer focus to provide assistance to NFP office bearers and advisers. It would be an appropriate time, prior to financial year end, to consider these matters as part of your organisation’s compliance calendar and risk management strategies.

An updated version of this article that discusses the final version of the Ruling issued on 25 February 2015 as TR 2015/1 Income Tax: special conditions for various entities whose ordinary and statutory income is exempt is now available. 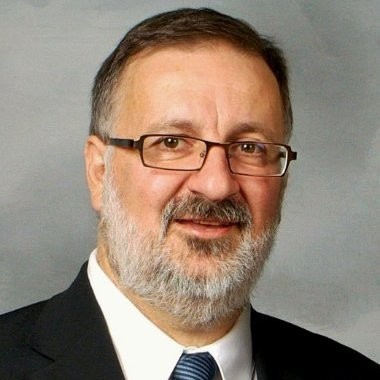