Why Corporations Need the Not-for-Profit Sector

Historically the objectives of the corporation have been seen as somewhat opposite to those of the not-for-profit sector; specifically self interest as opposed to community interest. So it is ironic that we are now seeing closer relationships developing between the two, with partnerships now a growing trend and a common feature of the corporate landscape.

So can we attribute this upswing of corporate interest in the community to a sudden outburst of altruistic thinking on the part of the modern corporation? Have they abandoned their previous drivers of bottom-line profits and increased shareholder value? Far from it. In fact it is these very drivers, which have remained the cornerstones of profit-making corporations for decades, now underpinning the growth in partnerships between the two sectors.

Corporations by necessity are pragmatic beasts and boards by law must act in the fiduciary interests of the company that they represent. The hallmark of the profit makers tends to be commercial astuteness while those of the not-for-profit sector are genuineness, compassion, and commitment. How can these two sectors initially engage with each other? The cold hard reality is that it is precisely because the not-for-profit world offers tangible benefits for the corporate world, via an association with them, that corporate giving is on the rise.

These benefits include enhanced reputation, branding and marketing benefits, community and governmental support for commercial undertakings and increased capability to attract and retain high calibre staff. Differentiating your brand from that of your competitors, making a statement that you stand for something other than simply profit generation and finding the key to building staff loyalty have all proven elusive for many corporations. The fact is that partnering with the not-for-profit sector has proven to be the solution to these and many of the problems faced by companies today.

Within this new paradigm corporate giving becomes an investment decision, more about value creation than the old unidirectional philanthropy, fuelled by moral imperative. In the past it has been a one-way street; that is, not-for-profit organisations going cap in hand to the wealthy corporates.

Therefore, this paradigm shift does require a new approach for any not-for-profit organisation seeking to capitalise fully on this new opportunity. They need to develop a different type of skill in order to engage effectively with the profit makers if maximum corporate support is to be gained. The key to unlocking corporate wealth is in the development of a partnership framework which serves the needs of the corporation not just the not-for-profit partner.

Many organisations have also discovered that once differing skill sets are shared after a partnership has formed, there can be considerable mutual benefit for both sectors that goes well beyond simply being financial in nature. Some of these transferable skill sets are outlined in the table below:

Notwithstanding this, there is still a strong requirement for charities to make an approach to corporates to establish these partnerships for day-to-day funding or funding for specific projects. As regards the not-for-profit sector, the Economist.com points out that it is important that organisations do not compromise their own characteristics even though, at the same time, they need to ‘become more like them,’—i.e. more like the corporations that they are seeking support from. This is particularly true with the corporates demanding ever-increasing professionalism from their potential partners.

It would seem that any debate about whether social investment, is beneficial or not for a corporation, has been somewhat eclipsed by the wealth of positive experiences from the Australian corporate landscape and from overseas. It is now simply a matter of whether a corporation wishes to choose the development of partnerships with the not-for-profit sector as one of its key business strategies for building social capital, goodwill and staff pride and loyalty.

In essence it is suggested that an appeal based on doing good work and helping others, an appeal driven by the moral imperative, is unlikely to be as effective as one based on assisting your potential partner to overcome many of the commercial challenges that they face today. What not-for-profit organisations have to offer a potential partner is of immeasurable value in securing the success and corporate sustainability that they so desire. Once a strong relationship is formed then the two become a powerful force for social change.

This article was originally published in the Better Boards Conference Magazine 2014. 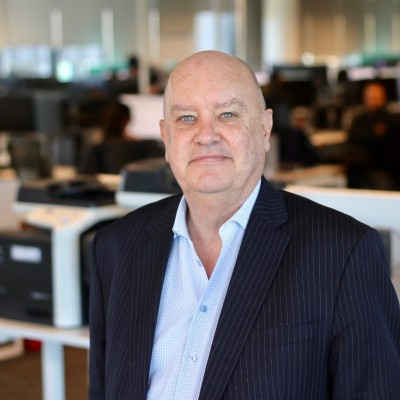 Dr David Cooke was awarded a doctorate in 2009 for his study entitled The Philanthropic Contract: building social capital through corporate social investment. This study dealt with Australian companies who have successfully developed corporate social investment programs as a means of building social capital. Valuable evidence emerged for non-profit organisations that in order to maximise support from the corporate sector a business case needs to be developed that focuses on a return on investment for the corporation, not on an appeal to altruism. David is also the Managing Director of Konica Minolta in Australia, a global Japanese technology company, and he has applied his learnings to this organisation with extremely positive results.