When Alfred Felton was approaching death in 1904 he had recently completed the finishing touches to his unique and generous bequest. With the extraordinary size of the bequest and the enduring focus on purchasing artwork, in just over 100 years his gift would deliver $2.2 billion worth of art to the National Gallery of Victoria and a comparable amount of value to charities favouring women and children.

In his own art-crammed rooms in the Esplanade Hotel St Kilda, Felton, who made his fortune initially on the Victorian goldfields, may well have mused about how his philanthropic gift would be received and what his bequest would achieve across the centuries, structured as it was for perpetuity.

As trustee of Felton’s bequest and of hundreds of similar charitable foundations, we reflect on the lessons of the past in philanthropic work, and gaze into a crystal ball to identify the trends emerging today.

1. The changing profile of the philanthropist

The profile of the philanthropist is changing. Unlike Felton, such bequests do not come only as a surprise after death. As well, they are no longer the province of the super-rich.

‘Giving while living’ is an accepted and embedded element of the philanthropic scene in 2013. Today’s philanthropists are more likely to engage actively in their giving to causes and organisations. As their giving intentions grow they establish charitable foundation structures, similar to Felton’s, in their lifetime and add to these structures in their wills. The trend for today’s philanthropists is to apply their problem solving and entrepreneurial skills to social problems. As a result, philanthropy has become more visible in Australia and a new culture of philanthropy is emerging.

Women are an important part of the emerging culture of philanthropy. While women on average earn less than men and thus the quantum of their giving is smaller, the percentage of their giving relative to income is higher. Further, more female taxpayers than male tax payers engage in giving. Women philanthropists are poised to emerge and transform the practice of philanthropy in three ways: firstly with their networked and linked-up approach to giving; secondly with their emerging interest in giving to causes that focus on women and girls; and thirdly with their compassionate approach to supporting charities in justice and equity endeavours.

2. The momentum of the ‘Giving Pledge’

Bill Gates and Warren Buffett have actively recruited global billionaires to pledge the majority of their wealth to philanthropy. Gates’ and Buffett’s travels and ability to connect with like-minded people means the giving pledge is gaining momentum around the globe. This campaign is set to define giving in this decade, just as ‘Live Aid’ defined giving in the 1980s. The emerging lessons will help shape the next decade and beyond.

Of the 1,266 of the world’s billionaires, 105 have made this public moral commitment and 12 of these are non-US signatories. Their pledge letters create intimate portraits of wealth and attitudes to wealth that are enlightening and sometimes sobering. Andrew and Nicola Forrest are the first Australian billionaires to commit to the pledge. There are a further 29 billionaires in Australia yet to take this step. This campaign has the power to transform attitudes to giving globally. It has publicly shone light on a conversation that in the past was purely and fiercely private.

3. A global mindset on giving

The third trend is the emerging global mindset on giving. Our borders are increasingly porous when it comes to commerce and education – why not philanthropy?

Philanthropists seek the most effective and efficient ways to apply capital to catalyse positive social change inside Australia’s borders and also outside. Over the next decade, the constraints on applying philanthropic funding outside Australia’s borders will be challenged by the growing cohort of international and multi-jurisdictional citizens who engage in philanthropy. They demand an unimpeded view of the world rather than a myopic view of Australia’s state and national borders. Global and cross-border approaches to philanthropy, including diaspora philanthropy will gain traction.

The application of income or earnings to philanthropic giving has long been the accepted source of funding. Assets, the other portion of private wealth, in the form of investible assets, and/or endowed foundation assets, are now being explored as a means of providing working capital for charities. There are various ways this may occur, including the introduction of Social Impact Bonds which are currently on trial in Australia and elsewhere globally. More philanthropically-minded people are now considering the trade off between financial returns and social returns. It will be vital to measure performance on a multitude of levels and this will require further development.

5. The need for professional advisors and skilled intermediaries in philanthropic services

All these emerging trends demand skilled advisors and intermediaries in philanthropy, particularly as the opportunities become more complex. There is a need for measurement and evaluation specialists to assess performance outcomes for the new ‘social investors’ rather than for ‘donors’. There is a need for specialists in asset management who can construct new risk models and provide more robust advice to philanthropists and investors. It is important to satisfy a philanthropist’s need for achievement and success to ensure giving progresses, continues and develops. There is a need for wealth managers to open conversations about giving with their clients. And there is a need in Australia to more actively ask people to start giving, or to give again. 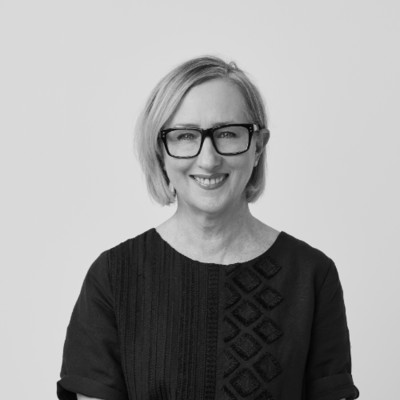 As Head of Philanthropy Segment, Global Wealth at ANZ, Teresa’s objective is to innovate, develop a vision, and deliver sustainable philanthropy opportunities and solutions that resonate with ANZ’s 2 million customers, regardless of location and level of wealth. Teresa has over 10 years' experience in charitable foundation management and as a senior leader at ANZ Trustees (a statutory trustee company and formerly wholly owned subsidiary of ANZ), had oversight for the strategic direction of the philanthropy business. Teresa’s background is journalism, education and higher education administration. She holds a Master of Management, Bachelor of Arts and a Diploma of Education and has served on boards and advisory committees of not-for-profit organisations in Victoria.