One key way in which a not-for-profit can document customer-centricity is through the objects contained in its constitution. It is crucial that an organisation’s objects reflect the direction in which it wishes to head. This is because organisations are not permitted to undertake any activities beyond the ambit of the objects clause. The objects will not only dictate the activities the organisation may undertake, but also communicate the purpose of the organisation. This is particularly important if the organisation receives any tax benefits, as it may not be enjoying all the tax endorsements to which it could be entitled. For these reasons it is essential for organisations to conduct a careful review of their objects as they look to the future.

Organisations might consider whether the objects in their constitution:

Reviewing an organisation’s objects will provide insight as to whether its customers are embedded at the core of the organisation’s mission and activities. For example, the constitution of Breast Cancer Network Australia (BCNA) encourages customer input through its objects, which are to:

BCNA was recently commended in GiveEasy’s publication, Innovation Index for the Australian Not-For-Profit Sector 2017, for placing customer-centricity as its central tenet. The emphasis on customer-centricity found in BCNA’s objects has influenced the priorities of its staff. Christine Nolan, BCNA’s CEO, said recently that ‘consumer input is critical to the success of any organisation’.

The way in which the governing body of an organisation makes decisions and consults with stakeholders will reveal the degree to which the entire organisational culture is directed towards its customers. As the document establishing an organisation’s governance structures, the constitution can significantly help or hinder an organisation’s cultural transformation. 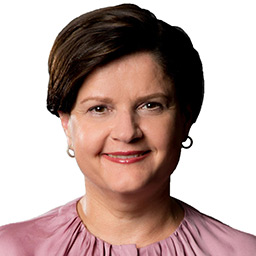 At the time of writing, Vera heads up the Sydney Not-for-Profit, Human Rights & Social Impact team at Mills Oakley. Acting for numerous charities, religious and not-for-profit organisations, Vera has close to 30 years of experience in the legal profession.

In the Not-for-Profit sector, Vera focuses on constitutional reviews, mergers, governance and fundraising issues and regularly advises on ACNC and ATO endorsements. Vera has written several academic works, including a chapter within ‘Charity Law’ (2012, 2016 and 2018) published by Thompson Reuters.