Complexity abounds in modern organisations, including in their boards. Many organisations – of all sizes – are run as if they are bureaucracies, with lots of hierarchy and lots of organisational rules. Of course, some hierarchy and some rules can be appropriate and can help organisations achieve their missions. However, there is an increasing trend towards challenging bureaucracies from thought leaders such as Ricardo Semler of Brazilian company Semco; Frederic Laloux and his influential book Reinventing Organizations; and Yves Morieux of Boston Consulting Group and his six rules for simplifying organisations. Now the not-for-profit sector has an exemplar, namely the Dutch nursing organisation Buurtzorg.

Buurtzorg (Dutch for ‘Neighbourhood Care’) was founded in 2006, in reaction to how community nursing organisations were run in ways that were alienating to frontline staff and to patients. Buurtzorg was founded on the principle of keeping things simple in order to ensure that the relationship between the nurse and the patient was not compromised by an excessive concern with bean counting and control. Buurtzorg operates with self-managing teams, which are trusted, empowered and enabled to get on with the job of providing high quality support.

The organisation now consists of around 1000 teams and 14,000 staff. There are no – I repeat, no – middle managers. Teams and team members have access to coaches, but the coaches do not behave like managers. For 14,000 staff, the head office consists of around 70 people. Client satisfaction is above the industry average. It has won Employer of the Year award for the Netherlands on multiple occasions. It pays frontline staff above the industry average. Its financial success has been such that it is has financed all of its remarkable growth itself. Buurtzorg is now a role model within Dutch industry generally, with more and more Dutch not-for-profits and for-profits adopting a simpler, purpose-driven style. Buurtzorg is also regarded as a role model by many Australian organisations, including in nursing and disability support, and increasingly across other sectors.

Even traditional organisations can learn from the approach by asking the question: ‘What if we put our mission, our core purpose, front and centre and made this the touchstone of everything we do?’ When presented with proposals for new systems or policies and procedures, organisations might also ask: ‘Can we do things more simply?’ Sometimes, less is more. Sometimes, adding to our organisation’s complexity merely gives an illusion of control, with the real world of the interaction between frontline staff and their customers unaffected.

The ‘keep it simple’ approach can be applied to the work of boards. I have certainly been on boards where concern for elegant and comprehensive plans and policies seemed to detract from the focus on achieving the organisation’s actual mission.

We know from the example of Buurtzorg’s board in its early days, and from other examples recounted in Frederic Laloux’s book, that boards can sometimes struggle with their role and work under this more purpose-driven approach. Six key suggestions that may be drawn from this to assist boards to be more purpose-driven are below:

This article was first published in the Better Boards Conference Magazine 2017.

Are you ‘Processful’ or ‘Purposeful’ – A Governance Dilemma

I recently went overseas to a country that I knew would challenge me in many ways… an experience I r... 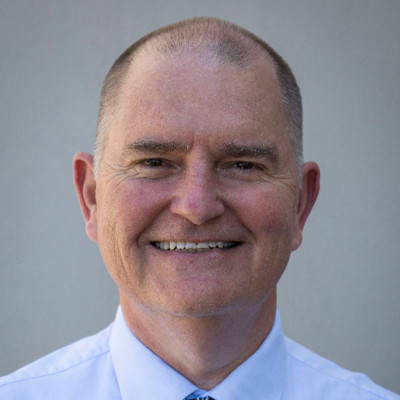 Alan Hough, PhD, is a sometimes academic, sometimes consultant and sometimes practicing board member. He was a Senior Research Fellow with QUT’s Australian Centre of Philanthropy and Nonprofit Studies, and has published on governance theory, board monitoring practices, and board involvement in strategy. More recently, Alan has worked as a consultant assisting disability service providers prepare for the National Disability Insurance Scheme, and in embracing purpose-driven organisational models. He is the lead author on the chapter on Australia in Global Best Practices For NGO Boards: Lessons From Around the World