How Innovation Can Help You Do More With Less

Strategy & Risk How Innovation Can Help You Do More With Less

There is probably not a single organisation in Australia that is trying to do less work with more resources. It simply doesn’t happen. On the flipside, thousands of organisations both in the public and private sectors are trying to do more with less – a much more challenging proposition. The role for innovation in solving this proposition is a significant one. However, many companies associate innovation solely with customer-facing, product or service innovations. Certainly, these are seen as the more exciting types of innovations.

In order for innovation to thrive, organisations need to apply innovation methods and techniques not only to external facing challenges, but also to internal ones such as those relating to process improvement.

An effective place to start in creating process innovations is to identify frustrations with current organisational processes. Asking fellow employees which processes cause them the greatest frustration will provide clues as to where the greatest inefficiencies (and opportunities for innovation) lie.

Once specific areas for innovation have been identified through pinpointing the biggest frustrations, list out all the assumptions the organisation has around the process that is the subject of the innovation. Assumptions might be in the form of the different steps that take place within the process, the time it takes to complete each step, and the cost to the company to execute each stage of the process.

After developing a list of assumptions, crush each assumption one by one by asking ‘What if the opposite was true?’ For example, in the case of the payslip process, our client asked the question, ‘What if the payslip administration process cost only half of the industry average?’ Through crushing fundamental assumptions, new ways of innovating and improving the process will be uncovered.

Once ideas have been generated on making the process faster, cheaper, or leaner, don’t jump straight to implementation. Instead, run some quick and cheap experiments that compare the old method with the new. A/B testing can be very powerful at this stage to provide a side-by-side comparison. Once the new method has been iterated based on the results of actual experiments, the organisation can then move forward to implementation.

Kill Off Projects That Are Adding No Value

One final idea in helping organisations do more with less is in killing off zombies – that is, stopping projects that are adding no value to the organisation, yet they continue to linger on like the living dead.

Australian Unity ran a zombie campaign and ended up saving hundreds of hours, not to mention a huge amount of money, in killing off several zombie projects.

So rather than bemoan the fact that your organisation is trying to do more with less, take some practical steps in making this happen.

This article was originally published in the Better Boards Conference Magazine 2018 as Don’t Build Roadblocks out of Assumptions: How Innovation Can Help You Do More With Less. 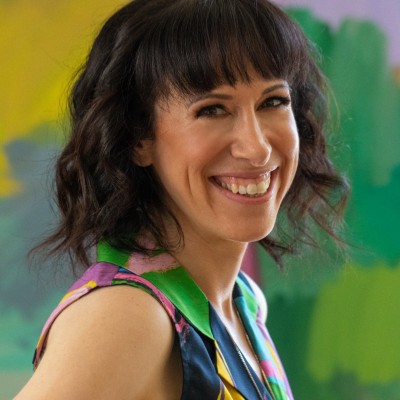 Dr Amantha Imber is an innovation psychologist, best-selling author, and founder of Australia’s leading innovation consultancy Inventium. Inventium has been recognised as one of Australia’s fastest growing companies in the BRW Fast 100 list in both 2015 and 2016, and was also awarded the BRW Client Choice Award for Best Management Consultancy in Australia. In 2016, Amantha was inducted into the Australian Business Women’s Hall of Fame. With a PhD in organisational psychology, Amantha has helped companies such as Google, Coca- Cola, Disney, LEGO, Red Bull, American Express, Virgin Australia, Commonwealth Bank and many others innovate more successfully. Amantha was a finalist in the 2015 Telstra Business Women of the Year awards. Amantha is the co-creator of the Australian Financial Review’s Most Innovative Companies list, an annual list that Inventium compiles, ranking Australia’s top innovators. Her thoughts have appeared in Harvard Business Review, The Huffington Post, Forbes, and Fast Company and she is the author of two best-selling books: The Creativity Formula and The Innovation Formula.