However, one critical corporate governance indicator of best practice is often overlooked.

The unexpected board performance indicator

In 2009, Sir David Walker1 reviewed corporate governance in UK banks in light of corporate collapses. The terms of reference for the review were broad with the government seeking recommendations for a framework for best practice corporate governance. Walker’s unexpected finding was that “principal deficiencies in boards related much more to patterns of behaviour” than to their organisation. This was supported by a report prepared by the Institute of Chartered Secretaries and Administrators (ICSA), which found that “appropriate boardroom behaviours are an essential component of best practice corporate governance”.2

Best practice boardroom behaviours are integral to positive board dynamics, efficiency and sound decision-making. It is the people, whose behaviours are influenced by personal values, motivators and group dynamics, which create and drive the processes. The processes only work when those responsible for them perform well.

Emotions play a positive role in the boardroom

Decision-making was considered a skill founded solely in left-brain logic, until neuroscientist Antonio Damasio’s groundbreaking study proved that emotions are critical for sound decision-making.4 Damasio studied people who suffered injuries to areas of the brain governing emotions and found that, although appearing normal, they were unable to make the simplest of decisions. They could describe logically what they should do and highlight the pros and cons, but were unable to choose wisely from the available options.

In relation to the board: emotions play a key role in assisting a director to move beyond logical analysis and make their ultimate decision.

Directors’ responsibilities and potential liabilities prime the brain for probable threat. While directors should not reduce their focus on risk minimisation, they should avoid irrational emotional responses. Highly emotional outbursts inhibit the director’s own cognitive performance and decision-making; can trigger a fight or flight response; and cause sub-optimal cognitive performance in others. To foster peak performance, directors need to create a climate of respect, trust and candour where constructive open challenge and dissent is accepted and encouraged.

Each of us has a strategy for making context-specific decisions. In the boardroom, some directors need additional information to make decisions ‘comfortably’. A director, who requests more information, may be perceived as incompetent or obstructive, when in fact they are adhering to the cognitive process they require to understand the issues and make a decision. Unfortunately, a lack of understanding about decision-making strategies can adversely impact the board dynamic.

Executive failure to deliver the basics for ‘safe’ decision-making

Through situational analysis of past challenges in board dynamics, it is possible to identify essential criteria for efficient decision-making. Consider this case study:

A well-performing board identified that occasionally directors were defaulting to undesirable behaviours. This was having an impact on board efficiency, organisational productivity and the interface between the executive and the board. Analysis revealed that poor boardroom behaviours were triggered consistently when the executive failed to deliver clarity in three fundamental areas:

The board had no conscious awareness that they collectively referenced these criteria. When the executive failed to meet one or more criterion, it generated varying levels of threat response in the directors, which lead to poor boardroom behaviours.

So how can boards integrate best practice in boardroom behaviours?

Reach an agreement on acceptable behavioural standards—the behavioural framework should be specific and measurable, and where possible reference the organisational values. There should be clear agreement on the evidence frame for achieving the desired standard and agreed processes for ongoing assessment through individual reflection, group reflection and external review.

Build self-awareness and benchmark performance against the model

Directors must be aware of how their emotions influence board dynamics and the interface between the board and the executive. With increased self-awareness, a director is better positioned to modify their behaviours—improving their individual performance and the performance of the board (motivational profiling and 180/360° feedback are highly effective tools for increasing director self-awareness).

Individual and collective accountability for boardroom behaviours is essential. Directors must regulate personal behaviours and seek feedback. Similarly, the board as a whole must honour their commitment to best practice behaviours.

Situational analysis of behaviours can help identify your board’s ideal decision-making environment. In times of discomfort, conscious awareness of these basics will enable your board to reference these criteria and determine the best way forward. 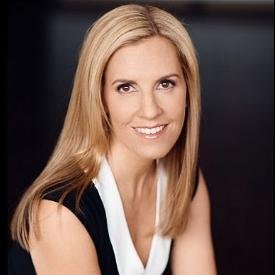 Belinda Cohen is a former lawyer and manager who provides coaching and consulting services across a range of sectors. Belinda works with boards to improve their performance and decision-making through analysis of boardroom behaviours and dynamics. Belinda is co-author of the forthcoming book ‘Shift: Making the change that matters’, a leader’s guide for developing performance at work.