One of the biggest complaints made against non-profit organisations by members is that they are not consulted and not informed about what is happening.

As the non-profit sector continues to develop, there has been a move away from boards made up of representative directors towards boards comprising independent, skills-based directors. While most would applaud this development, there have been a number of unintended consequences.

It can be helpful for boards to take a step back and consider the principle that the members are the ‘owners’ of the organisation and they give ‘authority’ to the board to protect the organisation and to govern it in a way which achieves the objects. I acknowledge the distinction between legal and moral owners here, but in this instance I am referring to the legal owners, that is, those who carry a vote at General Meetings.

I encourage boards to ask themselves two questions at every board meeting:

“How well have we consulted with the owners?”

“How well are we keeping the owners informed?”

These two questions keep the communication issue front of mind.

A practical step that boards can take to ensure they have the information to answer these questions is to implement a Board Buddy system of communication. The members are divided between the directors (excluding the chair) and they each undertake to contact their respective ‘Buddy/ies’ prior to, and post each meeting for the year.

Prior to every board meeting each director:

At the board meeting the chair has, as a standing agenda item, a Board Buddy update where they systematically go around the table and:

I can hear readers saying that they should not be releasing copies of the board’s minutes and I agree with that. What I do suggest is that the board prepare, as part of the meeting process, a Board Update which identifies the outcomes/resolutions of each agenda item (noting previous provision for treatment of confidential matters) and this is agreed to as the official public document for distribution to members. This is also noted in the Board Minutes.

After the meeting, each director:

Experience has shown that by implementing this relatively simple procedure the lines of communication open, suspicion is reduced and effective governance can flourish with the support of the membership.

The Path to Effective NFP Board and Director Evaluations

In the past, board performance in the not-for-profit (NFP) sector was seen to not need to be at the ...

What are the different legal structures of non-profit organisations in Australia?

When establishing a non-profit organisation, founders can choose from a large range of legal structu...

For us tragic Essendon Football Club supporters, good governance is something that cannot be ignored... 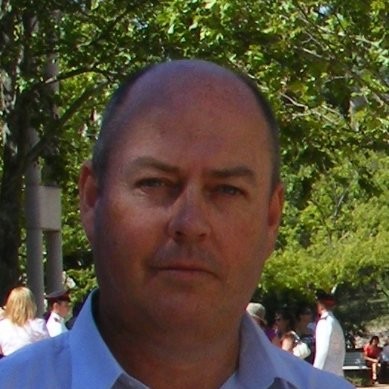 Paul is the managing director of MDO Consulting and has been consulting to the not-for-profit sector for the past 15 years. He has extensive experience in the areas of governance, planning and implementation, strategy development, organisational development and performance analysis. Paul has a strong commitment to working with boards and their staff to develop a tailor made solution that suits their particular circumstances. Paul has strong facilitation skills and has presented at numerous national and international conferences. A particular strength is facilitating planning and training workshops with a focus on finding participant driven solutions.