For government, the not-for-profit sector in Australia has for many years been vital to the delivery of significant services to the broader community. As such, in the last few years the not-for-profit sector has also become intrinsically, and in some cases unwillingly, involved in sundry government reforms. The level of government reform in areas where many not-for-profit organisations operate, such as health, aged care, disability and community-housing, has been substantial. The threshold moment, appears to be the publication of the Productivity Commission’s report, The Contribution of the Not-for Profit Sector, in 2010, after which there has been significant reform activity.

There are often fiscal and prudential benefits that governments expect to achieve through reform, especially as government is frequently the primary funder of many not-for profit service providers. In some cases, reform is designed to create a more competitive environment in which not-for profit organisations operate. The Federal Government’s introduction of the National Disability Insurance Scheme (NDIS), for example, will potentially have a major effect on the competitive environment of service providers by realigning the avenues by which they will be funded. Other reforms directly influence the governance of not-for-profit organisations such as the introduction by the Australian Charities and Not-for-profits Commission (ACNC) of its Governance Standards Guidance in August 2013. In many other cases, however, the impact on governance is a consequential, but no less impactful, part of the reform process, and this is acutely the case where reform places personal liability on the shoulders of the officers and directors of the relevant organisation.

Government reform to enhance competition may entail significant fiscal modification, with government remaining purely as a funder and necessitate the mechanisms for funding the relevant contracted-out services to be radically different from those that have been historically in place. In the community-housing sector, the National Rental Affordability Scheme (NRAS) has had sizeable, and generally positive, impact on the expansion of a competitive market for affordable housing in Australia. Conversely, the possible removal of the NRAS or other major changes to funding present serious risk management issues for the boards of organisations operating in that sector.

Other recent examples of government funding reforms aimed at changing the competitive environment, which have had flow on effects on the management of relevant not-for-profit service providers, include the NDIS and the Queensland State Government’s payment-by-outcomes proposal intended to utilise outcomes based payment methodology for the payment of a range of social services to be delivered by relevant providers. These will see significant departure from the funding models that have been in place for many years and require consequential adjustments to how the relevant organisations manage themselves.

Boards have accordingly adopted a more “business-oriented” view of their not-for-profit organisations. This is likely to see boards embark on a process for improving their own skills, as well as recruiting new board members to fill perceived missing skill sets, which in some cases may include a move towards paying board members. In addition, not-for-profit boards now appear to regularly consider adopting new procedures for board induction, training and evaluation.

A consequence of these changes can be the pressure to grow to meet the expanding requirements of government and the customer base. Ultimately, there appears to be significant interaction between competition, growth and the need for organisations to operate more professionally. This can have an escalating effect and establish on on-going cycle seeking growth and improved professionalism as the not-for-profit boards of the relevant organisations seek to maintain a competitive position.

In this new paradigm of government reform and heightened competition, particularly for resources, the boards of not-for-profit organisations are alive to the need to take proactive steps to ensure they are managed effectively and efficiently moving them more in line with for-profit peers. Any failure to do so could significantly impair the organisation’s ability to source the critical government funding required to operate.

Whilst government may perceive significant financial advantages to structural sectorial reforms that improve and encourage the competitive delivery of services, this is by no means the only basis by which government and other supervising bodies impact the governance models utilised by not-for-profit organisations. The broader influence of legislative and regulatory reform can also significantly, directly and indirectly, affect the governance practices adopted.

As not-for-profit organisations become more economically significant, the assertion that they should uphold governance models more consistent with those adopted by for-profit organisations and government entities continues to strengthen. Linked to this is the concern that failure to do so may impact the standing and credibility of these organisations, which may have deleterious effects for the public’s perception of government.

There are several obvious examples of this, but perhaps the ambitious reform agenda related to the establishment of the ACNC and the subsequent introduction of the ACNC’s Governance Standards Guidance. Although the role of the ACNC continues to be subject to government review, at present the requirement for charities in Australia to be registered with the ACNC remains and a precursor to registration is the need for the charity to meet a set of governance standards.

The ACNC governance standards apply to not-for-profit organisations, which as registered charities, fall within the regulatory supervision of the ACNC. As such, these organisations, of which there are over 60,000 registered with the ACNC, need to ensure these minimum benchmarks are met both to satisfy the expectations of their stakeholders and to obtain and maintain registration with the ACNC.

Failure to comply with the governance standards may have serious consequences such as the charity being removed from the ACNC register, losing tax concessions and possibly leading to prosecution. The ACNC may also remove a person from a board or as a trustee and place the person on a list of disqualified persons. Importantly, there are some provisions, which if breached, could lead to personal liability for a civil penalty.

As the ACNC governance standards are essentially blind to legal structures, this means that charities registered with the ACNC must focus on these governance standards irrespective of the obligations that might otherwise apply to them had the ACNC not existed, for example the Corporations Act 2001 (Cth).

In addition to government reform seeking to directly impact the way in which not-for-profit organisations are managed, there have been substantial legislative and regulatory reforms by government which indirectly have a bearing on the way in which their boards function. This is especially so in circumstances where government reforms place personal liability on the officers and directors of the relevant organisation.

The introduction of substantial changes to legislative frameworks, such as the laws surrounding insolvency, occupational health and safety and privacy, create direct liability upon senior management, including in not-for-profit organisations. The consequences of these reforms on management and boards may be considerable and require a re-thinking of management supervision and reporting to take into account the real changes to the risk environment being confronted by not-for-profit boards.

Although these reforms are not specifically directed at governance, their significance and broad application to for-profit and not-for-profit organisations alike, have had the consequential result of necessitating and supporting the trend of convergence in governance. 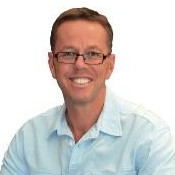 Swain has an extensive background in corporate advisory and finance and in recent years has combined that with his work in the not-for-profit sector. He is involved in a range of community and charitable organisations across sectors such as health, education and social finance. He co-chairs the Health Industry Group within McCullough Robertson and is also co-chair of the recently launched Queensland chapter of Social Impact Measurement Network Australia. Swain advises on structuring and tax related issues for charities and not-for-profit organisations as well as advising on governance and funding options for long-term sustainability. Having worked in South East Asia for 15 years, Swain also sits on McCullough’s International Committee.

Heather Watson is a Partner at McCullough Robertson Lawyers. Heather has broad experience across the non-profit sector, having acted for and been a member of many community and charitable organisations. Her expertise includes aged health and community services, affordable housing and indigenous communities. Heather focuses on establishing and restructuring legal and tax entities for non-profit organisations, advising boards on risk and governance related issues and establishing charitable foundations. Heather recently completed the maximum nine-year term as a board member of UnitingCare Queensland (including seven years as its Chair).