Liabilities For Board Members Under The Fair Work Act

One of the legacies of the WorkChoices era is a well resourced and bureaucratically motivated workplace “cop on the beat” – the Fair Work Ombudsman.

The combination of a regulator with a brief to maintain a tough public profile, the financial resources to back that up and supportive legislation has had the practical result of creating a new range of personal liabilities for directors and board members.

Traditionally, an employer was liable for the conduct of its board or senior managers towards its employees, whether the employer was a private company, not for profit association or a government agency. Individual members of the Board or senior managers were answerable to the organisation for conduct which might put the organisation in breach of its workplace obligations, but those individuals were generally not liable themselves.

Under the Fair Work Act, however, any individual “involved in a contravention” by an employer is treated as if he or she had personally breached the Act. The people most often “involved” are the board members or directors who made the decision resulting in the breach. Fines of up to $6000 for each individual breach by a board member can be imposed.

The result in many recent cases launched by the Ombudsman has been that the employer has been ordered to pay damages to an employee for breaching the Act, the employer has been fined for the breach and the individual director or board member has also been fined. The amount of fines imposed vary, of course, depending on the seriousness of the conduct but there have now been multiple cases of fines of over $100,000 being imposed in relation to serious breaches.

Relying on these provisions in the last year or two the Fair Work Ombudsman has commenced multiple prosecutions against directors and board members. Many of these prosecutions have been based on claims for under payment of wages and failure to keep proper records. Others have involved allegations of discrimination, coercion and directors entering into sham employment contracts.

The cases have made it clear that ignorance is no defence to being “involved in a contravention”. Even if the directors or Board have sought to delegate a decision they have still been found to be “involved” in the contravention and personally liable. Similarly, naivety about an organisation’s obligations towards staff, or relying on poor advice have also been found to be no excuse.

In addition to prosecutions by the Ombudsman, the “involved in a contravention” provisions are also being used regularly in general protections (or “adverse action”) claims by employees. Typically, these involve an employee claiming that directors, board members or a senior manager have taken disciplinary action against the employee because he or she has exercised a workplace right or made a complaint about their employment.

Many of the prosecutions run by the Ombudsman have been disguised wages claims, in which the penalties levied against the individual directors or managers have been awarded to the former employees of organisations that have gone into liquidation. Adverse action claims by employees, however, are squarely directed by aggrieved employees at making the individual board members or managers personally liable for their actions.

The short story that arises from those matters is that board members have to remain constantly on alert that their obligations under the Fair Work Act are as potentially far-reaching as those traditionally applied through the corporations legislation and common law – board members have to take steps to be aware of what is going on in their organisations, they can’t blindly delegate their responsibilities and they can’t allow any conduct by other staff which raises a suggestion of victimisation of an employee for making inquiries, complaints or asserting their rights.

In short, it will pay board members to carefully consider their role in decision making about staff matters if they want to avoid paying dearly for risky decision making in the future.

What Makes An Effective Board Member?

The job of an effective board (with the CEO) is to set strategic direction and determine goals for t...

To Pay or Not To Pay? Board Remuneration

Board remuneration is a tricky conundrum for many not-for-profit organisations. Michael Goldsworthy...

Governance is a leadership process, and to function effectively, individual board members and boards... 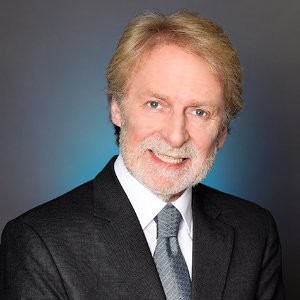