Gavin Nicholson on Handling Complexity in Board Decision Making

This is a very abstracted kind of decision that I’ve got here. But I really wanted to make the point that you can have all the information in the group and still make a bad decision, depending upon how you make the decision, the actual process.

So here we have a decision, right? Let’s say we’re a not for profit and we want to know, should we pursue a new line of work or a new argument? That’s the decision we want. Okay. Well, let’s say there’s two conditions. There has to be a need for what we’re going to produce and we have to be able to raise enough donations. If we have a need and we raise enough donations, we should pursue the opportunity. Fairly simple decision. Yes?

So director one says, “Yes, there’s a need. Yes. There’s donation. Yes, they’re right.” Director two says, “Well, I don’t think there’s a need, but we can get donations, so we shouldn’t.” Director three says, “Well, I think there’s a need, but I don’t think we can raise donations therefore we shouldn’t.” And just assume that these directors there’s uncertainty, but on the whole, these directors are right most of the time. So where you see two yeses in a row, they’re right. Okay? Imagine that.

Now, if this board just has a discussion, should we pursue this opportunity? Two to three, no, we shouldn’t pursue it. If instead the board approaches the decision, is there a need? Yes, there’s a need. Can we get donations? Yes, we can. Well, if we have a need and we have enough donations, we should pursue the opportunity. They’ll end up in a different decision. This is why one of the key put pressures, I think coming perhaps from the law but also you should really be thinking about, is testing your underlying assumptions, right? It’s not about so much rethinking what management is doing, et cetera. It’s actually, you can get a different outcome, particularly when you have uncertainty and different views, which is often what we want in a board of directors.

One of the ideas I wanted to leave you with is that’s why decision making is a process and there’s lots of things you can think about in that process. You can think about how do we identify problems? How do we frame those problems? How do we align our people? How do we make the call? You see when most people talk about decision making, they’re thinking about the call, right? They’re thinking about where they actually make it, not how they got to that point. What assumptions they thought about to actually get there? Where they get the information from? And I think quite simply just that change alone can make a really big difference to your organisation.

This is based upon research that we did. We’ve gone into 10 boards and we’ve observed them. We’ve videotaped them. We’ve asked them lots of questions, et cetera. And I just wanted to put this slide up to talk to you about the complexity of that process in most boards, right? When we’re directors, we often just sit in this board meeting, dealing with these items on the agenda, right? And then we go to the next board meeting where we’re sitting with these items on an agenda. But when you think about what’s actually going on and things are going on at two levels, at one level, we are dealing with what’s happening in our organisation. The environment’s changing, we’ve got our strategy goals, and these are leading to these issues that we have to deal with. And these issues come up to us as items on our agenda, right? That tends to be how we’re thinking about it. But often these items are interrelated. Yeah? And they deal with more than one issue, right? That’s really, do we have alignment? If we think in silos, it’ll become quite difficult.

Not only that, look at what’s happening between meetings. Things go off from an item into a committee, down to management, back up to the committee. There’s all this work that actually goes on when we are making decisions. Don’t believe me, that’s taken from the judgement of Centro at what happened before they made this decision. So up here is where they made the decision to classify certain assets a certain way, which was wrong. Look at the flow of information, draught one, draught two, draught three, draught four, with all work being done by management in between. The draughts aren’t quite right. Goes up to the committee, which is only held a day before the meeting. Can we actually get things right in that kind of structure, particularly when our papers are 450 pages in length? Do we really have enough time to process what’s going on, even if it’s just signing off the account? These processes are complex and they do lead to the kinds of outcomes which are negative.

I’m not going to go through this checklist. I hope you might go up and download it, but it’s a checklist for you to take away and think about. If I wanted to think about my board as a decision process, how might I actually think about it? What kinds of things would I need to get right? One of those critical things is who’s playing what part in that process and focusing on the right things?

Hear from speakers like Gavin at the Better Boards Conference 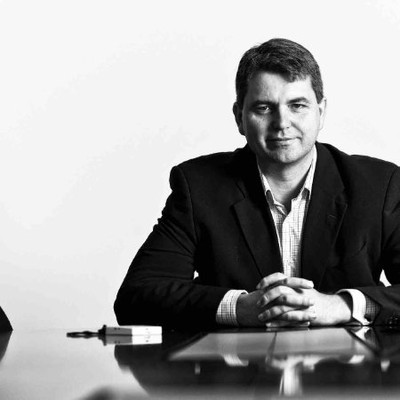 Gavin is an experienced director, governance researcher and board consultant. He has provided advice on corporate governance and strategy to listed and large public companies, government owned corporations, statutory authorities, not-for-profit organisations and local government. Gavin heads several large research programs aimed at understanding how to help boards make better decisions. He has published extensively in a range of leading journals in his field and currently serves on the editorial board of Corporate Governance: An International Review and co-authored a number of best-selling books with Prof Geoff Kiel including the practitioner-focused title “Directors at Work”. Gavin is an active director and currently Chairs the board at Cannon Hill Anglican College (CHAC).