A New Revolution: Breaking Down the Governance Bastille?

Do you ever wonder why everyone keeps telling us in NFP governance, that ‘one size doesn’t fit all’ and then proceeds to tell us precisely what ‘best practice’ dictates about how we must govern?

The body of ‘best practice’ lore usually comes from asking questions about how things are done in comparable organisations. For a start, the answers are too often based on looking at how things are done in non-comparable large listed corporations. Even when drawn from truly comparable organisations, boards are perhaps too quick to abrogate responsibility to consider comparatives and instead become captive of the default position, namely ‘we’d better do what everyone else is doing’.

This ‘best practice’ mantra carefully balanced with a few legal cases to ‘frighten’ boards into submission is used to prove beyond a shadow of doubt that the board must respond by creating a certain committee, structuring board agendas or CEO reports in a certain way or putting more lawyers and accountants on the board!

Perhaps it is time that boards raise their collective fists in defiance when deciding how best to govern their own organisations.

The origins of the ‘command and control’ board structure

Much governance thinking is a consequence of classic ‘agency theory’ in economics. With origins stretching back to Industrial Revolution Europe, it is founded on the suspicion that a company needs a board of directors to hold management accountable for shareholders. The end goal is to ‘reduce the costs of agency’ – to prevent management squandering the combined wealth that should be grown and shared with shareholders. In a not-for-profit context the wealth that might be squandered is that which should be put to mission.

So at its heart is a ‘black hat’ view of the world, that management is apparently most likely to squander, rather than optimise, wealth that could be put to the collective good.

The result of this agency-based view of the world is a legal framework in which by statute and court-made common law, directors have the fundamental fiduciary duties of:

Given the Latin origins of the word ‘fiduciary’, these duties are best understood as duties of fidelity and trust, which are demanded because the board has the stewardship of assets and resources that belong not to them but to the collective.

Significantly, while directors may delegate their functions, they are unable to completely absolve their responsibilities and duties. To this end directors are often warned that they must not delegate decisions to anyone other than, in a very limited fashion, the CEO. To do otherwise would somehow be a breach of their duties.

Let us pose an alternative view of the world. A view in which:

A ‘shared and distributed governance’ model?

In time it is conceivable that some of the limitations of the ‘command and control’ fixed board might be resolved by having ‘multiple boards’ across the company, each with a specific range of responsibilities. It is even conceivable that like governments in Switzerland and several States in the USA, some corporate decisions might even be referred to members by online polling.

Perhaps such a notion is a little too far-fetched for today given existing constraints within the legal framework applicable to companies, so what is more immediately possible?

An increasing number of NFPs are already successfully employing the use of ‘stakeholder councils’ to advise the board on strategic and policy issues and sometimes to act as an electoral college for election of the board. The use of such structures needs careful thought to ensure decision-making authority doesn’t become more confused as a result, but provided care is taken these structures can and do assist boards dramatically to widen their strategic understanding of the organisation and the world in which they operate.

There are also some interesting practices within individual boards, such as the ‘sharing of the chair’. This doesn’t mean rotation of the chair role, but the chair who asks different board members to chair different items of business depending on expertise or interest.

The aspect of the ‘command and control model’ that perhaps could be more radically explored than it has been to date without fundamental change to the law governing companies, is the greater delegation of governance decision-making powers. Perhaps this might be thought of as a more ‘shared and distributed governance model.’

Whilst the board cannot and should not delegate certain responsibilities in the existing command and control model imposed by law (such as the sign-off of the audited financials), a great many decisions that return to boards as recommendations of a board committee or working party could indeed be delegated to free up more board time for higher-level strategic conversations. In the short term a board might trial this approach by more often explicitly delegating relevant decisions to relevant committees and working parties of the board. In time this might even evolve into the delegation of such powers in board (and possibly even member) approved charters.

This type of approach would demand careful thought as it suggests the need for:

With just a bit of thought on such notions, let us hope that NFP directors governing in 2100 are not still being guided by reference to a black-hat wealth-squandering European Industrial Revolution view of the world. 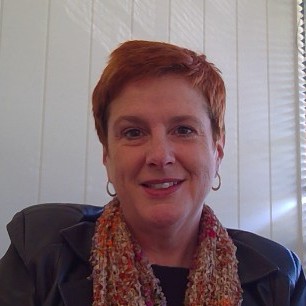 Elizabeth founded Board Matters in 2002 along with its associated governance legal practice, Board Matters Legal. Elizabeth has provided corporate legal and governance assistance and advice, with a real-life ‘practising director’ perspective, to a large range of companies, organisations, and industries for well over 20 years. This has included not-for-profit boards as well as listed, private and public sector boards. She also maintains an active portfolio of directorships, presently with RACQ, Qld Theatre Company and the Board of Taxation, and chairs the board of Brisbane Girls’ Grammar. 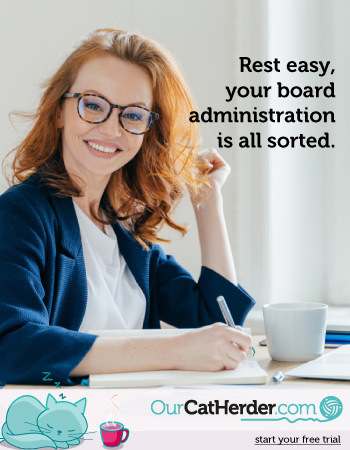