Introduction: Fiduciary Duty (Have a Heart)

Board members have fiduciary duties that include acting in good faith in the best interests of their organisation, avoiding conflicts with their own personal interests, acting with reasonable care, skill and diligence and not using their positions to misuse information, gain profits or obtain benefits for themselves or for anyone else.1

Put another way, board members need to have a heart to create a culture in which the organisation’s strategy arises out of its inherent values. This is best put by Adam Bryant recently where he noted three recurring themes about what makes good CEOs.2

Viable not-for-profit organisations3 are created for the public good and rely on the goodwill of their communities as well as the goodwill of board members and staff. Breaches resonate negatively well beyond the confines of the organisation. The Australian Institute of Company Directors has developed the Good Governance Principles and Guidance for Not-for-Profit Organisations setting out what constitutes organisational good governance.4

This is helpful, as being a not-for-profit board member carries its own burdens. There are over 500 legislative provisions that impose personal liability for breaches of duties. However, the issue becomes complicated because not-for-profit structures include incorporated associations, companies limited by guarantee, cooperatives and indigenous corporations that are charities, sporting groups, support groups, professional associations, religious organisations, and range from suburban local community groups to more prominent profiles such as the Smith Family. Instead of paid employees, they often have groups of small but close-knit and dedicated volunteers. Even those without official positions but who influence governance can be caught by these legal obligations.

Not-for-profit board members are therefore best to avoid “set and forget” governance based solely on procedural compliance. They cannot claim ignorance of the workings and responsibilities of the organisation they serve or blame staff, inadequate procedures, structures and strategies for compliance breaches.

If not addressed as a matter of priority, it is not too far fetched to imagine that the proposed Banking Executive Accountability Regime (BEAR) could also be imposed that at some future date (either during the term of the current government or the next) on the operations of not-for-profit organisations as a political salve to perceived governance deficiencies. For instance, consider how organisational accountability maps would impact on deferred remuneration while waiting for the consequences of decisions to be fully played out.

A not-for-profit organisation is now a “workplace” and board members as well as staff are “workers” under the federal Fair Work Act 2009 (Cth) and state and territory Workplace Health and Safety provisions (formerly Occupational Health & Safety).5

Board members (even though not personally at fault) can be held vicariously liable for the misdeeds of their organisation’s staff if it can be shown that the employment relationship encouraged both the “opportunity” and the “occasion” for the wrongful act.6

For those organisations preferring to litigate first and negotiate later, it was previously taken for granted that the Fair Work Commission could grant lawyers permission to represent clients at hearings and permission was not required for legal participation prior to the hearing including providing advice, preparing applications and making submissions. However, this is no longer the case. A recent Fair Work Commission Full Bench determination now prohibits legal representation at any stage of the proceeding if the other party objects.7

The difference, then, is between being reactive and being proactive. Compliance alone is not the answer, and organisations have been put to the task of arguing that proper procedures had been put in place even though the culture of the organisation was such that clearly set procedures and guidelines failed to prevent a breach (intentional or otherwise) from occurring in the first place.

A phrase attributed to Peter Drucker can be summed up as, “Culture eats strategy for breakfast.”

For example, strategy often focuses on answering the questions, “How can we grow?” and, “How can we raise more money and be more profitable?” (yes, even for not-for-profit). Culture addresses the questions: “Who do we want to be?”, “What capabilities do we require?” and “How do we conduct ourselves with everyone in this organisation?”.8

Good structure tends to catch the breach after it has occurred, whereas good culture seeks to create an environment in which the breach is stopped from happening in the first place. This is where leadership is essential to the process.

Bryant says that it is better to understand leadership as a series of paradoxes. Values come in pairs, and there is often tension between them. Leaders need humility to know what they don’t know, but also have the confidence to make decisions amid ambiguity. Some chaos can foster creativity and innovation, but too much chaos becomes anarchy. Leaders need empathy, but also need to let people go if they do not contribute to the team. Leaders create a sense of urgency, but also need the patience to bring the team along.

Importantly, Bryant sees trustworthiness as the most important quality of effective leadership, and trust cannot exist without integrity. Trusted leaders do the right thing, are honest with staff, own their mistakes, give credit where credit is due, care about staff as people instead of as assets, set a vision, build cultural guardrails, foster a sense of teamwork, make tough calls, manage down as well as up, and respect the people they work with.

Staff who have ambition and career goals are important in the life of organisations. Board members benefit from knowing what goals their staff have not only for their own personal career paths but also for the future development and sustainability of the organisation.
“Talking the Talk” is therefore only one aspect of competent board performance. “Walking the Walk” is also an essential part of effective governance, and measures how the culture of an organisation actively adheres to its stated values.

Firing the CEO can be one of the most difficult decisions a board can make – it will also be among t...

Technology for Innovation and Development 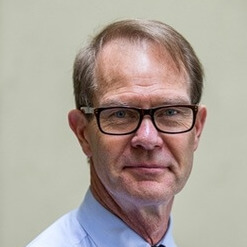 David practices in all aspects of elder law and elder abuse, estate and business succession planning, estate administration and estate litigation, including the Superannuation Complaints Tribunal, VCAT and the Victorian Magistrates, County and Supreme Courts. He has contributed to the development of policy at State and Federal levels regarding aged care, estate administration, powers of attorney and advance care directives through his articles and liaising with government bodies. He is the past Chair of the Law Institute of Victoria Elder Law Committee, is chair of the Ethics Committee of the Melbourne Institute of Experiential and Creative Arts Therapy, and is a Certified Tax Adviser with the Tax Institute of Australia.