Firing the CEO can be one of the most difficult decisions a board can make – it will also be among the most critical. However, many boards, including those of non-profit organisations, will resist bringing up the need to fire their CEOs, while other boards will be far too quick to fire their chief executives.

There are many reasons a board may be slow to act when it comes to CEO dismissal:

On the other hand, firing the CEO too quickly can mean the organisation may lose a good CEO, who just needed to learn from their mistakes and prevent a recurrence. For example, the CEO’s leadership style may be highly directive, while the previous CEO was collaborative, which may upset both the board and the CEO’s direct reports. Boards must recognise that each CEO brings a unique set of knowledge, skills and experience, and they will not be the same as the previous CEO or any other CEO the board was hoping to emulate. It should be noted that CEOs are not always readily available. Further, most organisations will not have developed succession plans successfully and, thus, will not have managers prepared to step up to the CEO position, particularly at short notice, which is another reason to think carefully about firing the CEO too quickly.

Replacing a CEO is time-consuming, expensive, and potentially disruptive – the implementation of board decisions can be left in limbo, staff morale can plummet and there is always the risk that the new CEO will not perform any better. Before rushing to dismiss the CEO, the board must balance the costs of replacement against the potential benefits.

When the board does make the decision to dismiss the CEO, there generally two major reasons:

Many organisations now contract their CEOs on a continuing contract, but subject to the board having the power to terminate the contract for either any disclosed reason or non-disclosed reason, upon a notice period, often either 3 or 6 months.

In addition to the normal CEO assessment process, which should provide feedback from the board and the CEO’s direct reports, the board is responsible for ensuring there is a process to bring any issues with the CEO’s performance to them as soon as they occur, for example, workplace bullying accusations or loss of a major contract. In other words, the board should provide the CEO with real-time feedback.

Should the board not be satisfied with the CEO’s actions on these matters, it will need to investigate the problems further to find their causes. If these investigations reveal that the CEO is not handling the job well, the board may need to take a more active role in the strategic and functional operation of the organisation. The CEO will need to be set clear objectives and have the consequences of their actions clearly outlined.

By this stage, it is not uncommon for the CEO to realise that the problem is escalating out of their control and the CEO may offer to resign. Alternatively, the board will need to act decisively to limit damage should they need to remove a CEO.

Key questions for the board at this stage include:

Finally, the board should also consider its part in the CEO’s failure:

By reviewing its own part in the failure of the former CEO, the board will be in a much better position to ensure a successful and productive partnership with the new CEO.

This article was originally published in the Better Boards Conference 2017 Magazine.

Introduction: Fiduciary Duty (Have a Heart) Board members have fiduciary duties that include acting...

Technology for Innovation and Development 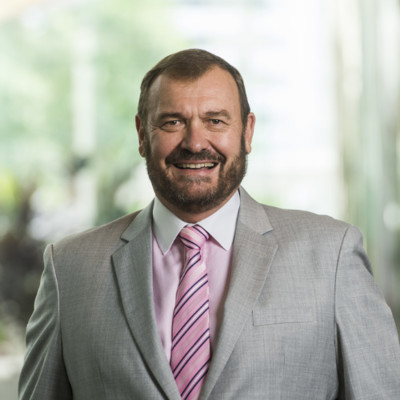 At the time of writing James was Managing Director of Effective Governance, an advisory firm that provides expertise and assistance on corporate governance, strategy and risk in Australia and New Zealand to a wide variety of clients including public and private companies, not-for-profit organisations, associations, co-operatives and government owned corporations.