Which Comes First – the Purpose or the Behaviour?

Leadership Which Comes First – the Purpose or the Behaviour?

The theme of the Better Boards Conference for 2020 was ‘passionate directors – purposeful boards’. The conference website neatly defined a ‘purposeful board’ as one that is “united, collegial, focused and disciplined, led by a chair who not only facilitates discussions and decisions, but is guided by strategy, KPI’s and timeframes.”

One might gauge from this definition that contrastingly, a board that lacks purpose is therefore divided, argumentative, disinterested and irrational. Whether or not the chair of such a board ‘facilitates discussions and decisions’ is then a moot point. In such a scenario, the task of establishing and maintaining any higher-level sense of collective purpose is going to be difficult. The influence of the lower-level negative behaviour is inevitably going to drag the whole ship down.

An interesting question
This raises an interesting question. Does having a strong, shared purpose drive the positive behaviour of board members, or do the positive behaviours themselves (united, collegial, focussed and disciplined) serve to foster a strong sense of purpose? Which comes first, the chicken or the egg? Should we focus our efforts on purpose alignment or should we give priority to working on the culture and behaviour of the board, in the hope that the shared purpose will then emerge?

Boards are interesting beasts. For years now I’ve been running training sessions for boards of not-for-profit organisations and charities and I’ve always been intrigued by the culture of a how a particular board is operating. All boards have cultures – whether they’re aware of it or not.

For an external party coming in, sometimes the underlying tension within a room full of board members is palpable. Sometimes that which is not said overrides anything and everything that is said. Body language rarely lies. At times, there isn’t just a proverbial elephant in the corner of the room, there’s a large herd of them.

Two examples
In 2019 I spent some time with the boards of two not-for-profits, that were both fairly dysfunctional but for very different reasons. The first was a small organisation with a board of about eight people. They ranged nicely in ages and experience and there was an even spread of males and females around the table. Any semblance of effectiveness though was hijacked by a loud, opinionated and dominating chairman, who clashed regularly with another, equally-fiery elder stateswoman of the group. It was all-out war at times and it cast a dark shadow over everything they did. It was more than just differences of opinion. It had become personal.

The second organisation had a larger group of board members and on the surface, everything was fine and dandy. Everyone smiled and they seemed to get along together but there was definitely something missing. It was as though they were there in spirit only. They were physically present but it wasn’t from the heart. A number of them were just going through the motions. I found out later that some of them had been coerced into joining the board, somewhat against their will. They were disinterested. They didn’t want to be there.

In both cases, it was the purpose that suffered. Each of the boards were distracted and under different guises, they were playing behavioural games. Although it wasn’t surprising to witness – many boards struggle to effectively function in the face of personality clashes, hidden agendas and emotional triggers – it was nevertheless sad to observe.

What can we learn from this? If we want to be part of a purposeful board that rises above the minutia of petty behavioural differences, what can we do? Here’s a few suggestions:

Conclusion
So, which comes first – the purpose or the behaviour? It’s a tricky question and perhaps there really isn’t a definitive answer. When pressed though, I’d lean towards the egg (the behaviour) and not the chicken (the purpose). It’s amazing what can be achieved when a group of board members get out of their own (behavioural) way, treat each other with dignity and respect, and align for the good of a common cause. It’s what the role of a board member is all about. 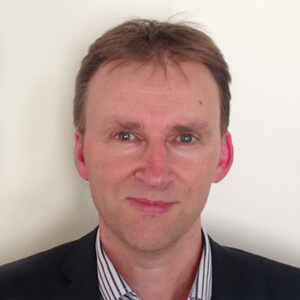 Brenton Cox works independently as a consultant to not-for-profit organisations and charities. He is based in Adelaide but he operates Australia-wide and his areas of expertise include social enterprises, not-for-profit start-up work, governance, accounting/finance, training and technical/compliance matters. He has worked extensively as an adviser to not-for-profit boards and has served on a number of boards himself. He is passionate about the effective functioning of for-purpose organisations and initiatives.