Political Lobbying and Your Charitable Status

Almost a year to the day after the Word Investments case, the ATO has suffered another loss in the High Court of Australia. This time, in the case of Aid/Watch Incorporated v Commissioner of Taxation, the High Court found that Aid/Watch is a charitable institution despite the fact that its activities are mainly directed at influencing government decisions i.e., lobbying.

The High Court’s decision is welcome news to the many not for profit organisations that lobby government as a means of achieving their charitable objectives.

On 14 July 2000, Aid/Watch was endorsed as a charitable institution and, as such, was exempt from income tax, FBT and GST. However, some 6 years later, on 2 October 2006, the ATO revoked their endorsement.

The issue then took a tortuous legal path:

Under Australian tax legislation, “charitable institutions” are entitled to be endorsed as exempt from various forms of taxation including, income tax, GST and FBT. However, the legislation does not contain a definition of the term “charitable institution” and decision makers must rely on the common law as found in court decisions when determining whether any given organisation is charitable.

There are four categories of purposes which are accepted by the common law as being charitable. They are known as the four heads of charity, namely:

Leading up to the Aid/Watch case it was generally accepted that under the common law, an organisation could never be regarded as charitable if its principal purpose was advocating for political change or a political point of view or attempting to change the law or government policy.

However, if an organisation’s principal purposes were charitable, the fact that it engaged in political or lobbying activities that were incidental to its main charitable purposes did not disqualify it from being charitable.

The primary activities of Aid/Watch are “associated with the delivery of foreign aid”. However, Aid/Watch itself does not deliver aid. As its name suggests, its objectives state that it “monitors, researches, campaigns and undertakes activities” relating to foreign aid and investment programs.
It achieves these objects through research, publicly releasing the results of that research, campaigning for change in the way aid is delivered and public events and media releases that are designed to influence the way aid programs are administered and to ensure that aid is delivered in an environmentally effective manner.
The Federal Court identified that by seeking to improve the effectiveness of foreign aid, Aid/Watch’s activities were directed to the relief of poverty but found that this ultimate concern to relieve poverty does not diminish its dominant political purpose to influence government.

The majority of the High court disagreed with the decision of the Federal Court and found that:

What Does it all Mean?

The absence of a legislative definition of “charity” creates a degree of uncertainty for the not for profit sector. This is unacceptable given the significant contribution it makes to the Australian economy. It also means that the ATO has to rely on a common law meaning of the term which has its origins in a statute passed in 1601 and an English case decided in 1891 (Pemsel’s Case).

It is this uncertainty and lack of statutory guidance which has resulted in two cases involving charitable institutions coming before the High Court in as many years.
These difficulties have been widely acknowledged and a number of enquiries, including the Inquiry into the Definition of Charities and Related Organisations (June 2001) and Contribution of the Not for Profit Sector (Productivity Commission; February 2010), have recommended that a statutory definition of “charitable” be introduced.

The ATO is yet to publish its Decision Impact Statement on how it sees this decision influencing future endorsement applications and reviews. But the decision is welcome news for not for profit organisations engaged in lobbying for change or seeking to influence government policy. This is particularly the case for not for profit peak bodies.

However, the sector is looking to the Not-for-Profit Reform Council and/or the proposed national not-for-profit regulator to bring the long promised legislative reforms that will allow the sector to continue to meet the needs of the Australian community.

What Makes An Effective Board Member?

The job of an effective board (with the CEO) is to set strategic direction and determine goals for t...

To Pay or Not To Pay? Board Remuneration

Board remuneration is a tricky conundrum for many not-for-profit organisations. Michael Goldsworthy...

Liabilities For Board Members Under The Fair Work Act

One of the legacies of the WorkChoices era is a well resourced and bureaucratically motivated workpl... 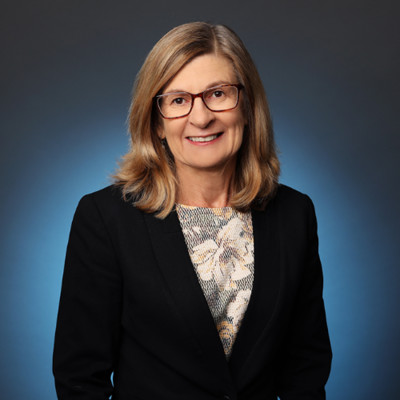 Joanne has an extensive practice across the not-for-profit sector particularly in the aged care and retirement village segment. Joanne is experienced in advising Boards on a range of issues including reviewing and improving constitutions, organisational restructuring, converting from one legal structure to another, mergers and acquisitions, tax endorsements, legal compliance and risk management. Her work is a reflection of a personal desire to work with the community and philanthropic sectors as a way of improving their performance but also putting some meaning into professional life.