The Elephant in the (Board)Room

So why are boards so reluctant to address the issue of underperforming directors? What practical steps can they put in place to recognise and remedy performance issues?

Much reluctance can be traced to the need for directors to act as a cohesive – if diverse – team. Anything that disrupts the ability of the board to unite and support the implementation of decision is a threat to the orderly operation of the board and hence, the company.

What got them there

For not-for-profit directors, who are usually unpaid volunteers and motivated only by the success of the enterprise, risking the ability of the organisation to perform is anathema.

Directors will put up with a great deal from their colleagues before they will risk the mission.

Often directors are invited to fill a casual vacancy because they appear to offer a skill that is needed at the time. Sometimes they are appointed to please a stakeholder or simply to provide a quorum. Within a short time, they are put to a members’ meeting and voted onto the board. There they add whatever value they were recruited to add. And too often, there they stay.

Only the members can appoint or remove a director. Once the members have elected a director, they often remain on the board without any further assessment of their continued usefulness. Re-election is an expectation. It is rare for a board to continuously evaluate performance and make informed recommendations to the members about who they should reappoint, or why they should support a change.

When push comes to shove

Directors, however much they resent underperformance, do not have the power to remove a director alone. The most they can do is call a members’ meeting and put forward a motion for the members to remove the director. This unpleasant process is embarrassing for all concerned and usually avoided. It reflects poorly on the chair, as members assume that a good chair will somehow keep extracting good performance from the directors, even if the skills that they were sought out for have long since slipped into obsolescence.

Even the most diligent and dedicated director should expect to move on once their full contribution has been made.

The many forms of poor performance

Lack of a specific contribution to make is only one of many forms of poor performance:

Sometimes a zealous director will over-contribute. After a while, this exhausts the patience of everyone else in the room. Sadly, these over-contributors often make some very valid points, but the best insights are wasted if the audience has stopped listening.

Other directors are serial under-contributors. Staff wonder why they bothered to write carefully worded papers that appear not to have been read. Chairs despair at never hearing anything other than muted agreement with whatever the other directors agreed upon. Occasionally, their comfortable board seats seem to be used for napping.

Then there are the barrel-pushing proponents of one idea, project, set of stakeholders, and so on. These directors appear to have a very narrow view of the world. Their focus is far too tight to allow them to see that they may be prey to a personal interest rather than one which serves the company.

Finally there are self-actualisers, who view the board as proof that they still have a valid and valued role in society. And the bullies, who appear to relish their power over staff, volunteers and even donors.

Whatever form poor performance takes, it is simply unacceptable. The modern NFP faces many challenges and needs a skilled, dedicated and high performing board to ensure that it succeeds.

Despite the respect for the contribution and good will of the under-performers, boards need to make a stand and start setting clear performance expectations. As the sector becomes ever more competitive, boards need every director to be tangibly adding value and visibly contributing.

What gets measured gets done

The first step in managing under-performance is to measure and identify it. Boards that do not gather data on director performance lack the evidence needed to mount a case for improvement. Directors who truly care will be open to training and learning to increase their contribution. Well-designed performance reviews should highlight areas where each director can focus to improve the measures that matter to that board at that time.

The NFP sector is blessed with many well-intentioned directors who really care and want to make a difference. Helping them to understand how they can be effective in their board role will help both them and the company. Providing targeted training and support can help directors to retain or regain relevance. Consistent under-target performance can identify directors who need to consider moving on and provide chairs with the necessary evidence for what is always a difficult conversation.

Difficult is not impossible

No elephant should be unmentionable. Telling a director who cares about the mission that their time on the board is reaching its end is never easy or pleasant. But failing to tell them can rob them of the ability to move with dignity and, in the extreme, rob the company of its ability to deliver its mission. No director should want to risk that.

It may be hard to tell someone who is a long-serving director that it is time to go. But it isn’t impossible. And it will be beneficial in the long term. 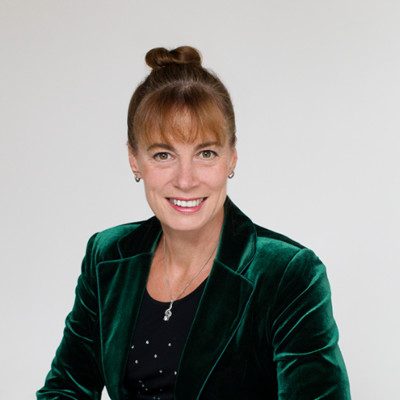 Julie is one of very few women to have commenced a board career with a single not-for-profit organisation and built it to a portfolio of boards including chairing an ASX listed company. Julie has chaired boards and committees and is respected for her practical experience. A frequent speaker at conferences, Julie is also a prized reference for journalists and has featured in ABC News’ Nightly Business Report, The Business Programme, The Australian Financial Review, The 1 of 4 Financial Times (Britain), Company Director Journal, Keeping Good Companies, and other quality publications. Julie has also more than 20 years’ experience delivering education programs for the Australian Institute of Company Directors and has written more than 14 courses for that institute. She has also developed and delivered director education for the National Association of Corporate Directors (NACD), Director Institute, Governance Institute of Australia, College of Laws, University of Sydney, CPA Australia, The Taiwan Corporate Governance Association, The Oman Centre for Corporate Governance and Sustainability, and Better Boards Ltd. In addition to her work developing director education Julie has continued to research and study directorship and most recently completed a course at Wharton Business School at the University of Pennsylvania.

Julie is the author of several reference books for company directors including two that have been translated into Mandarin and are the global best sellers in their topic category. As a mentor, Julie has worked with company directors and chairs to help them to build the success they desire in the boardroom. She is experienced in not-for-profit and volunteer board issues and has supported CEOs in addressing challenging board situations, including regulatory intervention, solvency challenges, and staffing issues.