A Positive Wind-Up For The Centre For Sustainability Leadership

After 13 years of training and support, the Centre of Sustainability Leadership (CSL) reached a natural end to its ground-breaking run. Under the guidance of the board, CSL is handing over its intellectual property, brand and the 1000+ alumni to the Monash Sustainable Development Institute (MSDI).

‘Sustainability’ was a word that offered optimism and opportunity when co-founders Larissa Brown and Jason Clarke kicked off CSL back in 2004. Larissa was the visionary who seeded the leadership training idea through the Greensteps Program for Monash Sustainable Development Program. Jason was the ‘first follower’, the one who helped bring leadership content and a way forward. The mantra was and still is, ‘if you can’t get people in power to care, then get people who already care into positions of power and influence’.

It was a grassroots organisation, the kind built around a kitchen table with good intentions and to begin with, little funding. As philanthropic and other funding grew, CSL could provide even more people with the opportunity to participate in its life-changing sustainability leadership programs. CSL’s need – and reputation – grew. At its peak, there was more than a dozen staff. The tight-knit alumni flourished.

I joined CSL as Chair in 2015. While there was nobody like us when we first started, by this time we were not bright and shiny and new anymore. There are now other organisations doing similar work to us, so we just weren’t attracting as much philanthropic funding anymore. CSL made moves to transition from very low-cost fees to a fee-for-service model. Moves to expand the program, such as building community and corporate programs, were also explored, but it wasn’t enough to ensure the ongoing sustainability of the organisation.

I knew it was pretty common for an early adopter organisation to find itself in a different position 12 years down the track. There’s always a lifecycle and organisations should be plan for and be proud of when they come to the end of their life cycle.

So, in April 2018, we made the decision to wind up CSL. We decided that we would continue to run the 2018 program and accepted that this would likely be at a financial loss – we had enough reserve funds to allow this to happen. This would give us the time to ensure that the wind-up would be orderly, rather than a quick ‘fire sale’ process that would disrupt alumni, and potentially undermine the legacy of CSL.

We identified five key areas of the wind-up that would require close attention to ensure it was a success. We established a working group for each, coordinated by a board member, covering:

Further, the board engaged two part-time Transition Officers to help manage the word that needed to be done. CSL is a small organisation and this was an ‘all hands on deck’ process. We coordinated the work through weekly, and then fortnightly ‘transition working group’ meetings, where the coordinator of each working group would report on progress and any sticking points or risks.

The work of each group ebbed and flowed during the next nine months that constituted the remainder of 2018. Indeed, it still continues although at a much less frenetic pace. I have outlined some of the key responsibilities of each working group below.

The Expression of Interest process

The 1,000-strong passionate alumni are the key reason why our board decided early on to seek a new home for CSL, rather than simply shut up shop. The aim was to find the right values-aligned home for CSL’s alumni, programs and valuable intellectual property, rather than reach the point where all that’s left is the ‘fire sale’ option.

When we decided we couldn’t do it anymore, that CSL was no longer sustainable, we put out an expression of interest out to the world.

Twenty organisations applied to us. Our board assessed the applicants based on:

After a lengthy process involving applications, short listing, interviews and mutual due diligence, we settled on MSDI, an organisation that had sowed the CSL seed. It was like returning home in a way. MSDI will do a reset and review, and they’ll assess how to look after CSL’s alumni and programs and use them to complement what they already have on offer.

In any story, the ending is just as important as the beginning. For CSL, I am proud that CSL’s legacy will continue through MSDI. I’m also proud that the wind-up proceeded in such an orderly way and that staff, program participants, alumni, funders and board were so engaged in the process.

My advice to other organisations struggling with sustainability is to be courageous – the end of one story is just the beginning of another.

I look forward to the next chapter in CSL’s story. 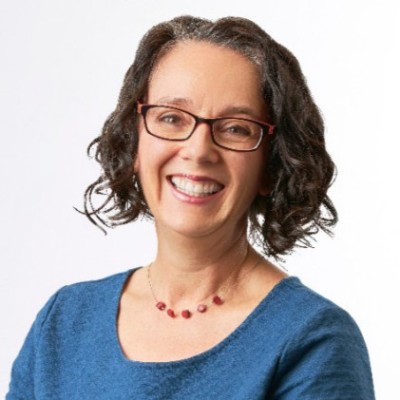 Helga is a connector – ideas to strategy, strategy to action and people to each other. She revels in assisting individuals, organisations and communities to engage effectively and gain clarity on their role in making the world a better place. Helga specialises in strategy and planning, governance and stakeholder engagement. Building on her extensive leadership roles in government, not-for-profit and membership organisations, Helga is a dynamic facilitator, a supportive and challenging coach, an effective trainer and an engaging speaker. She is a Board member of the Royal Women’s Hospital and the Co-Chair at the Centre for Sustainability Leadership. She is a former Non-Executive Director of YWCA Victoria and Social Housing Victoria.