Can Boardroom Leadership Meet the Challenges of the Future?

Leadership remains the biggest challenge of all for 2013 and beyond. – World Economic Forum Global Agenda Outlook

There’s never been more commentary on the challenges facing planet earth (and organisations and boardrooms) than we find entering the 21st century. Humanity is challenged to lift its adaptability index massively.

Corporates are more adaptable than governments and are ideally positioned to globally and locally confront the world’s most pressing issues. The boardroom is at the epicenter of corporate action. However, it will require exceptional leadership to successfully convert daunting global challenges into opportunities.

Is boardroom leadership up to the task, nationally and globally?

Despite decades of intensive training and research, leadership is struggling. Harvard’s Robert Kegan is not alone when he suggests contemporary leaders are ‘in over our heads’!1 Executives agree – an IBM survey found that 1,500 CEOs expect that business complexity is going to increase and more than half doubt their ability to manage.2

Apparently the problem is ‘VUCA‘ ¬– the contemporary Volatile world of Uncertainty, Complexity and Ambiguity. Silicon Valley’s Peter Diamandis, suggests that leadership is challenged because it still thinks locally and linearly while technological change is occurring globally and exponentially. Every business on the planet will be seriously disrupted in the coming decades!4

Boards will need to seriously maximise their leadership processes, protocols practices and behaviours.

Many boardrooms are collegiate teams generating outstanding outcomes. However, many have serious alignment issues and fail to generate value in terms of profit, people or planet. Boardroom disunity is featured in the business press daily. A colleague with 20 years not-for-profit consultancy experience suggested, ’the boardroom was often a bunch of sworn enemies, dominated by the three-letter word Ego!’ Another veteran boardroom consultant confided in me that the board was, ‘a flawed institution … a group of part-timers who made management’s job more difficult’.

I was surprised by the battle-weary perceptions of these experienced consultants. Fortunately, ongoing research is revealing a far more complex scenario, involving action logics. Jane Loevenger and Susanne Cook-Grueter’s research suggests we each have definitive action logics that determine how we see the world and how we will think and act5. Management scientist, Bill Torbert presented an eight-stage model of action logics in a highly commended HBR article entitled, ‘Seven Transformations of Leadership’6. Based on 40 years of research, Torbert describes eight levels of leader mindset development profiling how we interpret our surroundings and react to power and timing. Understanding these developmental stages seriously impact boardroom dynamics and specifically leadership capacity.

In the industrialised economies, Torbert identified that 85% of leaders were positioned in the first four action logics. The fifth action logic (Redefining) is the fastest growing group and roughly corresponds with Jim Collins’ Level 5 leaders (‘from Good to Great’)7. It makes up 10% of the corporate leadership.

Only 5% of leaders hold the most mature action logics – levels 6-8 (Transforming, Alchemical, and Ironic). These leaders are rare but qualified to cope with the disruptive global VUCA environment because they demonstrate mental, emotional, and relational capacities enabling them to lead and negotiate complex systems experiencing disruptive change. They are the most likely of all leaders to reliably succeed in generating organisational transformations while leaders below level 6 (Transformative) will struggle.

Meeting the challenge of delivering meaningful systemic impact and significant outcomes in terms of profit, people and planet requires the compelling mental and emotional capacities of advanced action logics.

Conflict in the boardroom is not a product of sworn enemies, a flawed institution or flawed individuals but rather flawed behaviours arising from a disconnect of action logics. It’s what Brett Thomas calls the ‘Homogeneity Factor’8. Simply stated, it is the false assumption that all executives, chairs and directors have the same psychological capacities and that all colleagues or direct reports resonate with their particular style of leadership.

These insights have serious disruptive implications for the boardroom:

Perhaps the biggest disruptor to enable the future boardroom to govern optimally may well be the recognition that appointing, evaluating and professionally developing directors and chairs will involve a recognition and application of the knowledge emerging out of developmental science discourse.

Introduction: Fiduciary Duty (Have a Heart) Board members have fiduciary duties that include acting...

Firing the CEO can be one of the most difficult decisions a board can make – it will also be among t... 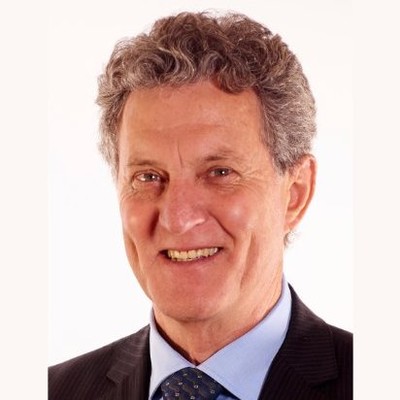 Robert consults and facilitates reviews to a diverse portfolio of boards, mentors corporate executives and presents to universities and conferences. He has 20 years of global experience delivering programs, consulting and mediating conflict in corporate settings. Robert Gordon has a Masters in Counselling, focussed on organisational psychology with a dissertation on workplace stress. Robert has expertise in EQ, communication, mindfulness, workplace resilience and boardroom best practice. He has completed numerous “train-the-trainer” qualifications and is a graduate of AICD’s International program (UAE). Robert has also been in clinical psychology practice in a maximum-security prison.